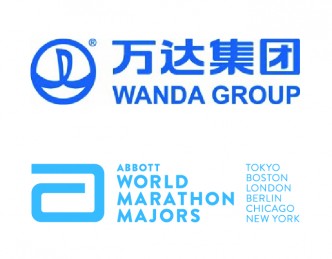 For more than a decade AbbottWMM has celebrated the world’s best professional marathon runners and wheelchair athletes competing in the Tokyo, Boston, Virgin Money London, BMW BERLIN, Bank of America Chicago and TCS New York City Marathons, as well as at the IAAF World Championship and Olympic marathons. This celebration has been expanded through the addition in 2015 of the coveted Six Star Finisher medal for any participant who completes the ‘grand slam’ of events.

This new initiative continues the efforts of AbbottWMM to partner with industry leaders to advance the sport of marathon running, which include a comprehensive IAAF partnership aimed at eradicating doping, and expanding AbbottWMM events to additional locations across the world.

“There has been huge growth in marathon age group running and now more than 125,000 runners aged 40+ participate in AbbottWMM races each year,” said Tim Hadzima, AbbottWMM general manager. “Our series has celebrated the world’s best professional athletes for more than a decade and now it is time to formally celebrate the achievements of age group marathon runners and the truly inspiring stories of these everyday champions.”

“Some of the best stories of health and achievement come from marathon runners,” said Chris Miller, divisional vice president, global brand strategy and Innovation, Abbott. “We’re pleased to recognize these men and women who lead their age classes, juggle demanding training schedules and inspire their friends and families to set big fitness goals. They’re a testament to what’s possible with good health.”

“We are pleased to be able to support Abbott World Marathon Majors’ goal to continue to grow marathoning on a worldwide basis,” said Hengming Yang, chief executive officer for Wanda Sports Holdings. “These initiatives will allow the best marathoners in the world to be able to qualify for and experience the extraordinary Abbott World Marathon Majors standard of race.”

Participants in an AbbottWMM Wanda Age Group World Ranking qualifying race will earn points according to their age, time and gender, aligned with the following age groups for men and women:

The best two results in select qualifying marathons over this period will count for each runner’s ranking. The top-ranked runners in every age group will qualify to run in the spring 2020 AbbottWMM Wanda Age Group World Championships. In addition, the top age group runners from any country that has been represented in the qualifying period will also be eligible to register to participate, making this event a truly global competition. The scoring system is available on worldmarathonmajors.com and is outlined below. The date and location of the first AbbottWMM Wanda Age Group World Championships in spring 2020 will be announced in due course.

AbbottWMM is currently working to include additional marathons as qualifying races. As events are added, the updated list will be available at worldmarathonmajors.com. Race organizers may contact the AbbottWMM team at info@wmmajors.com to obtain further details.

The maximum points that can be scored in any race by an age-group winner is 4,000.

The age group winners in any AbbottWMM race will automatically get 4,000 points.

AbbottWMM Wanda Age Group World Ranking Qualifying Races (as of Nov. 15, 2017) and Platinum times for each age group are listed on www.worldmarathonmajors.com here :