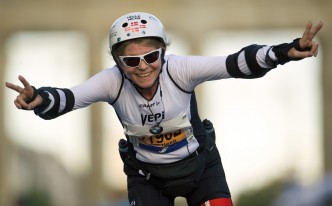 Only 4 more days until the registration deadline.
© Camera 4

The preparations for the 43rd BMW BERLIN-MARATHON Inline Skating on 24th September are running at full speed. In four and a half weeks about 5000 skaters will be expected in the German capital to capture the city on wheels.

Now it’s the last chance to save one of the race numbers for the highlight of the inline skating season. Registration is only possible until 28th August. After it, there will be definitely no possibility for a late registration.

"Skate to Run" – Secure your entry to the running marathon 2017