MY JOURNEY - Running for Little Heroes 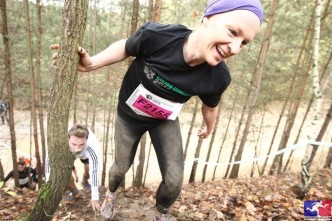 Anni during and after the Cross Challenge race near Berlin, a gruelling 15km obstacle race
© sportograf

When her husband unexpectedly walked out the door leaving her alone with three small children, running saved Anni’s life – or so she believes. Now, one and a half years and 3.000 kilometers later, the 35-year-old is doing ok. “I don’t have to run to stay sane anymore,” she laughs. “I guess I ran it all out of my system.”

Anni, who is originally from Finland, tells a story about a long battle which was mostly fought in her running shoes. “I am so glad to have found this sport. It has taught me so much about endurance and discipline. To stick to whatever I’m doing. I never saw myself as tough. Which is why I was really surprised to notice that I actually am. That I don’t give up. Ever. Until I cross the finish line. No matter if it’s a race or life in general”, Anni says.

This year she is going for her first 42k – in her beloved hometown, as she now calls Berlin. But she says she was taken aback by the intensity of serious marathon training: In order to pull through with it, she needed fresh motivation. Investing so much time in running just didn’t seem right, now that she was doing better and running no longer served as mere therapy: “I thought that if running had helped me to such a massive extent, maybe I could help others by running as well.”

And so she decided to dedicate her marathon debut to a good cause. Anni chose to run for the children’s hospice Sonnenhof in Berlin: “These terminally ill children know what it means to fight. In comparison to them I am pretty much a wimp: I whine when I ‘hit the wall’, cry when I can’t beat my personal record or complain because I’m a single mom? Come on! I have three wonderful, healthy children and get to do what I love – to run! I really hope we can raise as much money as possible for these brave little heroes and make them just a tiny bit happier.”

If you want to support Anni, go here