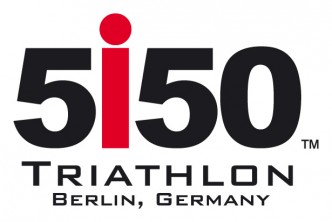 Endurance has been at the core of SCC EVENTS’ - one of the largest organizers of running
events in the world for some time. Now they are ready to take the next step as the Berlinbased company and the World Triathlon Corporation (WTC) are teaming up to introduce the 5150 Triathlon to the German capital on July 1, 2012. The 5150 series is an international distance triathlon consisting of: 1,5K swim, 40K bike and 10K run.

„We are impressed by the quality of the events we have seen by SCC EVENTS and we’re really looking forward to working with Jürgen Lock and his team. We want to create a successful 5150 event that will go on to become an Ironman 70.3 next year“, says Stefan Petschning, WTC’s Executive Manager, Europe and South Africa. „We are excited and commited to see one of our races in a world-renowed city as Berlin. This is definitely a flagship-event for us“, adds Kai Walter, WTC’s Managing Director International Operations Europe.

„We’re expecting this event to sharpen Berlin’s profile as a host city for sport, and we firmly believe that this will add to the city’s reputation. In addition Berlin won’t host any European or World Championships in the near future, so the timing is great“, says Jürgen Lock, SCC EVENTS’ Managing Director.

Athletes will swim in the Spree river and the bike course will lead to the Tempelhofer Freiheit, connecting to the run course close to the finish line. Together with the 5150 a sprint event (750m, 20k, 5k) will be held. „Our goal is a high-quality event that will draw pros and agegroupers alike“, adds Mark Milde, SCC EVENTS’ Race Director.

You will find further details here.