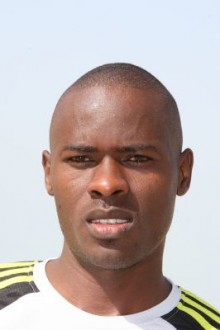 After a streak of four wins including two world records by Haile Gebrselassie (Ethiopia) this year´s real,- BERLIN MARATHON on September 26th is going to be the platform for several young and ambitious world class runners to better their personal records. Seven runners in the field have personal records faster than 2:07 hrs, three of them have yet run under 2:06hrs lead by Patrick Makau and Geoffrey Mutai (both Kenya) who have clocked the two fastest times this year by winning the Rotterdam Marathon (resp. placing 2nd): 2:04:48 (Makau) and 2:04:55 hrs (Mutai). Both runners know about the flat and fast course in the German capital and hope for favourable weather conditions.

Patrick Makau knows the Berlin streets very well after having won the Vattenfall BERLIN HALF MARATHON in 2007 and 2008 clocking a course and personal record of 58:56 min (2007). Meanwhile he has bettered his PB to 58:52 min by winning the RAK half marathon in 2009 making him the 3rd fastest half marathon runner of all time.

With expected one million spectators along the scenic loop course the race is covered live by n-tv (nationally), Eurosport (Germany and Europe resp. Asia) and Fuji TV (Japan). Starting time in September 26th is 9 a.m.