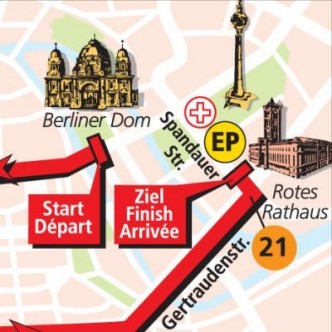 Due to road construction work the start and finish area of the race are moved. The starting line is located at Schlossbrücke near Berliner Dom at the beginning of the boulevard Unter den Linden. The new finish line is located on Spandauer Strasse near the Berlin city hall (Rotes Rathaus).  See map for details.