Message of Greeting by the Chancellor of the Federal Republic of Germany, Angela Merkel 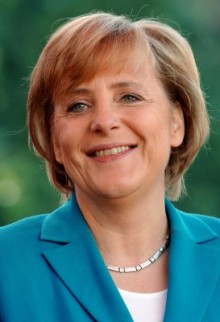 The Chancellor of the Federal Republic of Germany, Angela Merkel.
© Bundeskanzleramt

The BERLIN-MARATHON now has a permanent spot in the event calendars of many runners from around the world.  It is thus no surprise that once again tens of thousands of runners, wheelchair competitors, hand cyclists, and power walkers from 100 countries will come to the capital city this year to participate in the challenging competitions. There is a broad range of the athletes’ expectations: from a top time to a personal best, to the wish to survive a great athletic challenge.

Over the past few years, more and more people have discovered the fun and excitement of running. Berlin clearly demonstrates that a marathon is similarly exciting for the athletes and the spectators. Whoever has stood along the course knows the great zeal and enthusiasm of the spectators in the capital. The participants, who are led past numerous sightseeing attractions along the course, are certain to get goose bumps throughout the race, and not only when they pass through the Brandenburg Gate.

I would like to thank everyone who has contributed to the success of this international sporting event. I would like to mention the organisers from SCC-RUNNING GmbH, the city of Berlin, the medical service, and the police, as well as the numerous volunteers. For years the well-rehearsed team has assured a smooth operation of the event and optimal services for the athletes.

I would also like to express my special gratitude to the television and media representatives and the sponsors. Without their active support, the execution of the BERLIN-MARATHON and the worldwide coverage with its spectacular images would not be possible.

I wish all of the participants the successes they are hoping for and the numerous spectators many exciting hours in Berlin.