Paula Radcliffe is expecting baby in the New Year 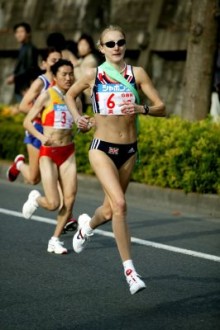 World marathon record-holder Paula Radcliffe has counted the foot injury which has seen her not race this year a blessing in disguise after announcing she is pregnant. Radcliffe who hasn't raced since New Years's Eve with a foot injury, revealed she is expecting her first baby in the New Year. She made the announcement exclusively in today's Times that she is 14 weeks pregnant but has not ruled out competing during pregnancy.

"I want to get back running as soon as possible"

“What has surprised me most is that people ask if I will carry on competing,” Radcliffe currently at her training base in Font Romeau, told the newspaper.