The development of running in Kenya from the time of the British influence until nowadays. 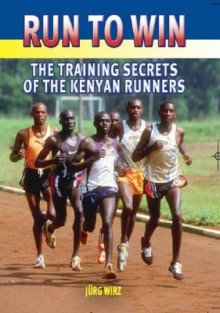 Within only a few decades, Kenya has established itself as the running nation #1.
Today Kenyan athletes dominate the world rankings in all distances between the 800 m
and the marathon.

How did they do this?
"Run to win" describes the development of running in Kenya from the time of the British
influence until nowadays. It lets coaches, who have strongly influenced the rise of the
East-African nation to a world power in sports, speak in their own words, and it shows
how running has also become a big business.

The reader will learn about the training secrets of the stars and will also receive valuable tips for his own career or sports life, be it as an amateur jogger or an ambitious runner.
This book is a must-have for all running coaches and runners, and also for all those who want to learn more about the backgrounds and secrets of the Kenyan success story.

Jürg Wirz is a freelance journalist and author, based since 1999 in Eldoret, Kenya.
He is the founder of a renowned Swiss Running magazine and writes for several journals
from Runner's World to the IAAF-magazine.
He has also published several books on Running.

Jürg Wirz is a friend of Paul Tergat and can claim for himself that he know Kenyan Running like no other journalist.