"After she withdrew from the Commonswealth Games, it was always a possibility that Paula would pull out of London" said David Bedford race director of London 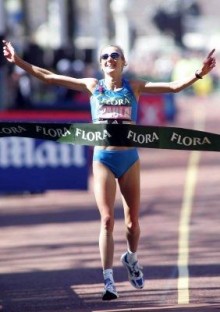 Defending champion Paula Radcliffe has withdrawn from the Flora London Marathon on April 23 with a foot injury. The same problem which forced the world marathon record holder to miss the recent Commonwealth Games 10000 metres in Melbourne, will prevent her chasing a fourth London title. “I am really disappointed to have to miss this year’s event," said Radcliffe who has been preparing for the event at altitude in Albuqerque, New Mexico.

She added: "The Flora London Marathon is something that is extremely important to me, and I have done everything possible to resolve the problem and get to the start line. I have to accept that the injury needs a short period of total rest and I also have to focus on moving on from this and on my future.”