IAAF.org: Ritter and Mohamed dominate from start to finish in Diekirch 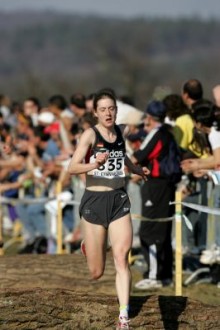 From the very start of the race, it was the favourite who was in command of operations. Mustafa Mohamed gave the impression of control even though a leading group of ten athletes was able to follow the pace of the Swede. In the third of five laps Mohamed attacked from the front and that spread the field apart. Moroccan Hamid El Mouaziz, who had been very active in the early stages, faded dramatically from then on. Surprisingly, only the Moroccan Kaddour Slimani was able to respond although he never really could close the gap with Mohamed.

On the final lap, Sliman dug deep and produced fine burst of acceleration, but Mohamed held off that late threat too. The strongest finishing effort was made by Paulo Guerra. The Portuguese was trailing in 12th place for most of the race but made a strong move to finally finish in third place. “It was definitely my best race of the season”, said Guerra. “In the penultimate lap, I kicked away and overtook a lot of competitors”.